Frustration in the Studio and by Duke Ellington: House Portrait 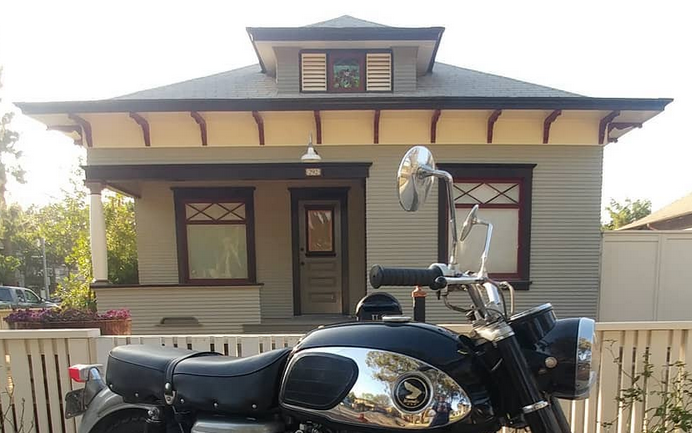 I began cutting glass on a project that began last August when we were in Orange CA. Our hosts for the week talked about having us create a back splash in their kitchen.

Eventually they shared an idea and we were together to create a design. We spent an afternoon buying glass and were quite happy to have found some glass to match the project.

The frustration began when I realized I had not bought enough of a green glass and online searches found no place selling it. The store we had just been standing in seven days earlier stated they were out of stock. So I switched to cutting out a second of the purchased glass that appeared to be plentiful.

The thing is cutting long thin pieces of glass can be a bugger and if it is opalescent. Well of the first four pieces I tried to cut, I had two cut and a rapidly growing pile of scraps. Margaret suggested I take a break when I stated, “I can’t do this!”

So I didn’t take a break, but the two pieces that were going nowhere but creating a pile of scrap became four pieces with a simple snip of a scissors. Normally I would glue down several pattern pieces, but I slowed down and did one, then another, then one more, and on and on till I managed to have every piece cut and ready to grind. 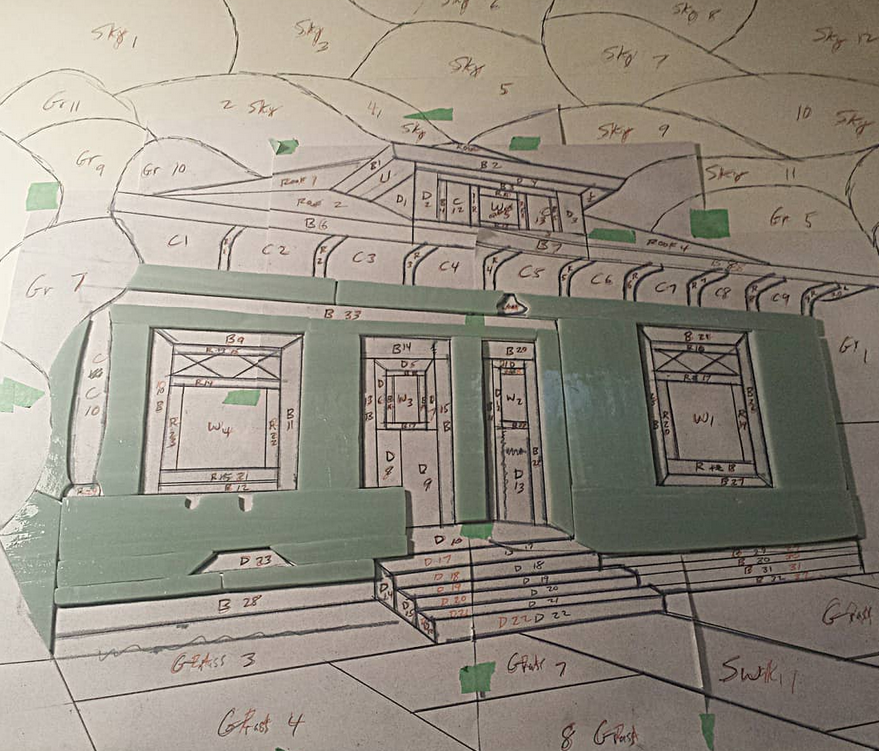 I opted not to include the Nutmeg Designs house number. . .